The Friend Who Lied

It’s the first thought that enters my head as I open my eyes, my eyelids sticky with dried tears.

It’s dark; I can sense that much. There’s a silence around me that suggests it’s night-time – a stillness that cloaks the space.

I can breathe easily. My mouth and nose aren’t covered with anything, but then an overwhelming light-headedness seizes me and I scrunch up my eyes to ward it off.

The muscles down my right side are tight and painful, as if I’ve been punched in the stomach. There’s bile at the back of my throat, a bitter taste that nauseates me, and I wrinkle my nose in disgust.

I don’t want to be sick.

I try to speak but all I can do is mumble as if I’ve forgotten how to form complete sentences. Even simple words are beyond me.

Why am I here?

I lick my lips. They’re dry and cracked. My throat aches as if I haven’t swallowed for an age.

A clatter of metal on metal shatters the silence, and my heart lurches as I fight against the panic that seizes me.

I strain my ears to listen to what follows. I’m scared to breathe in case I miss it, so I count to ten, then twenty.

That’s when I hear the echo.

It’s faint at first as my brain tries to latch on to what I’m listening to. A distant beep and pressure on my arm.

The fog lifts a moment, and I remember blue flashing lights, grim faces, a police officer taking notes and talking in a low tone.

The thought escapes as quickly as it appears, and my head lolls to one side, my eyelids heavy once more.

I wipe at swollen eyes, scared at my weakness, my inability to stay awake.

I sense others around me, beyond the periphery of my limited vision, and my heart rate ratchets up a notch.

Why are they here?

The light changes as a blurred figure moves past my feet with an efficiency borne of necessity, and I begin to understand.

And then I’m clawing my way out of the darkness, my eyes opening, squinting in the dim light that fills the room.

As the blurry outline approaches the bed and bends over me, before I see her lips move and the words form, I realise the awful truth.

If I’m alive, then someone else has died.

The nurse smiles as she finishes taking my temperature and I fight down my embarrassment, colour flaming my cheeks.

Minutes ago, she removed the catheter that had been inserted during the operation, so we’re well acquainted now, thank you very much.

‘Do you think you could manage some juice?’ she says, oblivious to my discomfort.

My throat constricts with anticipation. I’ve been sipping water all morning, and I’m bored. I need something sweet. Something that will trickle over my tongue and ease away the furriness that remains from being unconscious for so long.

Only the pain in my abdomen keeps me from throwing back the bedcovers and escaping to help myself to the juice.

Rain lashes against the window at the far end of the ward, and if I crane my neck, I can see the tops of the naked horse chestnut trees that surround the hospital car park, their branches stark against a churning grey sky.

On cue, the glass shudders as a blast of November wind punches against it and howls with contempt when it can’t reach inside.

I pull the blanket up closer to my chin, pausing my escape plan for the time being, and seeking warmth from the sheets instead.

The nurse checks her watch, scrawls a note across the clipboard in her hand and tweaks something on the machine near my shoulder, then turns to the next in line as she pulls one of the curtains closed, shutting out half of my meagre view.

I sigh and lean my head back on the pillow, listening to the soles of her shoes squeaking as she works her way across the ward to the next patient, then wince as the movement pulls my beat-up muscles.

Part of me is tempted to lift the gown and take a look, but the other half of me is too terrified to contemplate what might be down there. Once I know, there’s no going back.

I can guess what’s happened, but denial is a fine place to be.

The surgeon didn’t talk much when he came around earlier. He lifted my gown, poked and prodded, spoke to his junior staff who trailed around after him like a motley collection of ducklings, and then shot off out of the ward and down the corridor, the ducklings in his wake.

I don’t need to imagine what the bruises look like. I can feel each and every one of them.

Apparently, some people hardly bruise at all. Some people can be out of bed within twenty-four hours.

Some people are freaks.

I can hear the nurse at the far end of the ward now, making her way past each and every one of us, taking the time to check we’re all right. I can’t see her now the curtain has been pulled. I can only see beyond my feet and to the right towards the window. I can’t see what’s going on in the ward, or out in the corridor.

My blinkered view creates a cocoon that suffocates and compresses my thoughts.

It’ll be at least another twenty minutes before I see that juice.

I stare at the damp patch on the ceiling and try to work out if it’s widened since I last looked at it half an hour ago. It might be an old stain, but I want to be sure. Its uneven edges trace across the plasterwork like an ancient map seeking new adventures, and I’m reminded of books I read as a kid: fantastical stories that described battles and quests across mystical lands.

There’s a commotion over near the door, and I prop myself up on my elbows, my breath catching in my throat.

I hear murmurs as they approach.

My dad sounds confused; my mum efficient. As always.

It’s as if they’ve forgotten that I’m nearly twenty-seven, that I’m an adult, that I’m here, that I’m capable – am I? – of making my own decisions.

‘She’ll find out anyway. One of them will tell her.’

The curtain is brushed aside before the surgeon peers in.

I’m surprised to see him again.

His smile is faint; he probably thought I was asleep, resting after the trauma my broken body has been through. ‘Your parents are here.’

Having stated the obvious, he steps to one side.

My mum’s face breaks my heart, and the way my dad’s hand shakes as he reaches out for me leaves me speechless for a moment.

They’ve been crying, but force smiles. Relief, happiness and hope have replaced the worry lines they’ve worn these past twelve months. Despite being only in their early sixties, they appear older than their years.

It’s now that I realise my illness has affected those around me much more than I’ve anticipated. I’ve been so wrapped up in my own grief for my shortened lifespan, I’ve forgotten what it has inflicted on them.

They’ve already been through so much – at three years old, I’d been diagnosed with a heart condition. And now, this.

Dad’s not usually one for grand gestures but he’s the first to the side of the bed, wrapping me in a bear hug the likes of which I haven’t had since I was a toddler.

When he releases me, Mum is dabbing a tissue to her eyes.

As we embrace, I feel tears damp against my cheek.

Mum wraps her fingers around my hand and squeezes. ‘You got a new kidney, love. They say the operation was a success, and you should be able to come home soon.’

It’s not the stupid question you might think it is.

We had driven here in silence then. The return trip was worse – I had to put my earbuds in so that I couldn’t hear my mum’s quiet sobs over the dull thrum of the car engine.

‘Unusual circumstances,’ is all he says.

‘That’s impossible. You said there was no hope.’

My gaze travels from him to my parents, then back.

Mum and Dad look at each other, and I see the fear in their eyes.

The knowledge that it’s up to them to tell me because the surgeon isn’t saying anything. That they know there’s no going back from this moment. It won’t be undone; whatever they’re about to tell me can’t be unsaid.

‘Who?’ I ask, terrified of the answer as soon as the question passes my lips.

Mum shakes her head and turns away, then Dad strokes my hair and says—

"A belting thriller that I could not put down!"

"Full of tension and suspense, blended with a whole heap of mystery" 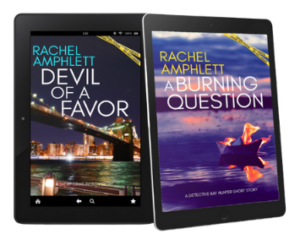