“Rachel Amphlett has released a new character into the world of spies – Eva gives Bond, Bourne and the others a run for their money!” 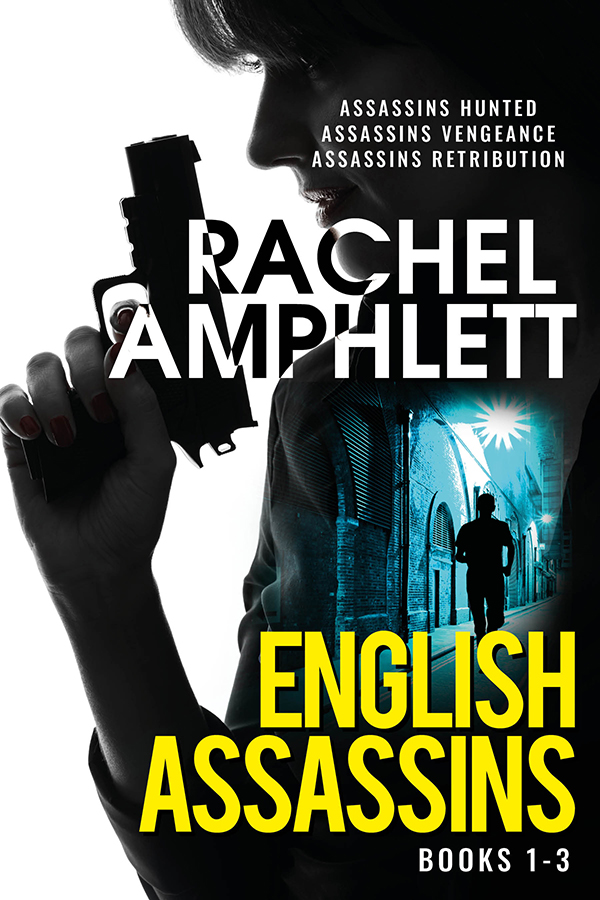 Download books 1-3 in the fast-paced English Assassins series in one box set of gripping spy mysteries!

But someone in the mysterious Section has betrayed her, and now she's on the run for her life, sworn to protect the six year old boy she adores.

Her enemies are closing in, and the odds are not in Eva's favour. For Eva, the nightmare is just beginning...

Combining fast-paced thrilling reads with episodic delivery in the vein of TV shows 24, Alias, and Spooks, books 1-3 are a must-read for fans of Robert Ludlum, Vince Flynn, and Luke Jennings.

"In Eva, Rachel Amphlett has created a character that is the equal of Jason Bourne, right from the very first explosive introduction"

“From the opening paragraph, I was into the drama and by the end of the first chapter, I was hooked!