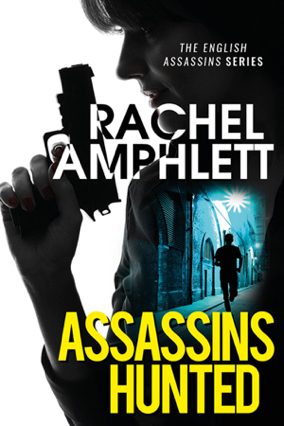 But someone in the mysterious Section has betrayed her, and now she’s on the run for her life, sworn to protect the six-year-old boy she adores.

Her enemies are closing in, and the odds are not in Eva’s favour. For Eva, the nightmare is just beginning…

Assassins Hunted is the first episode in an ongoing story featuring Eva Delacourt. The story continues in episode 2 of the English Assassins series, Assassins Vengeance

"Gives Bond, Bourne and the others a run for their money"

"With the Assassins series, Rachel Amphlett proves her mastery of the fast-paced action thriller. Get ready for a hell of a ride"