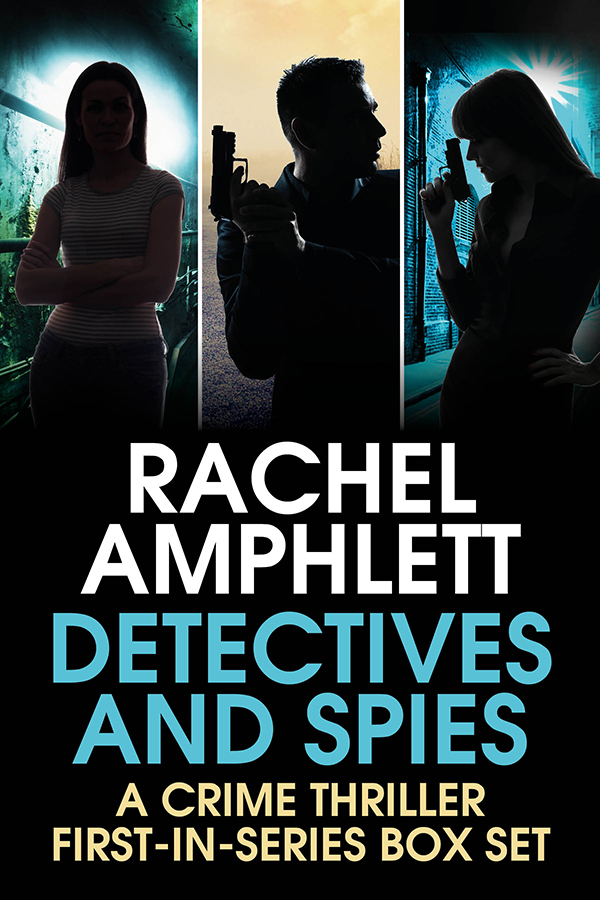 Here's what you get in the box set:

When the body of a snatched schoolgirl is found in an abandoned biosciences building, the case is first treated as a kidnapping gone wrong.

But Detective Kay Hunter isn’t convinced, especially when a man is found dead with the ransom money still in his possession.

A haunted man. A murdered friend. A deadly enemy.

Dan Taylor’s career as a bomb disposal expert in the British Army ended when an IED killed three of his team and left him scarred for life. Years later, and on the brink of self-destruction, Dan struggles to cope with the nightmares that haunt him.

Until the day an estranged friend leaves a voicemail message for him, moments before he is assassinated in cold blood...

But someone in the mysterious Section has betrayed her, and now she’s on the run for her life, sworn to protect the six-year-old boy she adores.

Her enemies are closing in, and the odds are not in Eva’s favour. For Eva, the nightmare is just beginning…

Assassins Hunted is the first part in an ongoing story involving Eva Delacourt. The story is continued in book 2 of the English Spy Mysteries, Assassins Vengeance and concluded in book 3, Assassins Retribution.